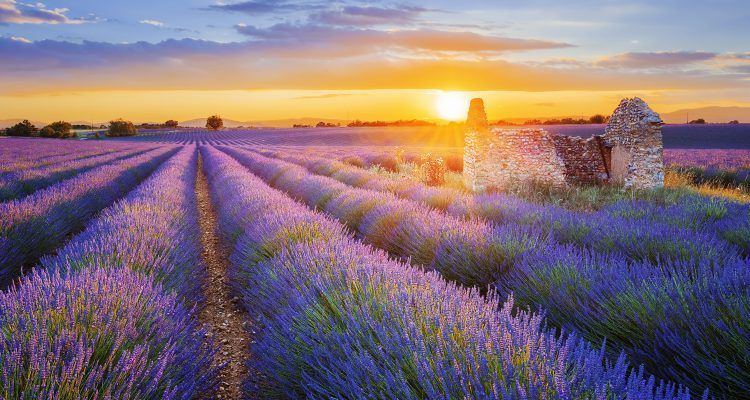 For hikers looking to amble across Europe, the end of summer signals cooler temperatures and fewer trekkers to dodge on the trail.

Whether you’re in it for the pleasant weather, the waning crowds, or the post-workout wine, hitting the hiking trails in Europe during autumn comes with a host of perks. Here are ten places on the continent that will motivate you to get trekking when the mercury starts to fall.

In Gothic Prague, fall’s crisp air brings a mystical, Halloween-like spirit that hovers in the shadows of the old town spires. Bundle up in your cosiest wool and set out after dark to follow twisted cobblestone lanes into medieval courtyards—where you might spy one of the many spirits that are said to haunt the city. Then head into the Bohemian countryside to soak up the otherworldly atmosphere while hiking amid misty forests and looming castles straight out of medieval ghost story.

As temperatures cool in southern France, market stalls brim with mushrooms and chestnuts, and menus warm up with rich, hearty fare. Fill up on satisfying dishes like cassoulet (duck and white bean casserole) and daube (Provençal beef stew), then trek amid vines aglow with autumn’s golden hues. With the annual grape harvest starting in September, you’re likely to meet plenty of pickers and stompers along your journey.

Hikers looking to squeeze a few more rays out of summer can head to Portugal, where mild temperatures and sunny skies linger into October. Hidden coves along the Atlantic invite feet to soak after long coastal walks, and the paths that weave through the Douro Valley are lined with plump grapes and golden, leafy vines. Even urban spots like Sintra and Lisbon have some choice climbing opportunities, their cobbled streets leading up to hilltop castles and palaces.

Autumn walks in the English countryside come amid a riot of colour, with canopies of russet, crimson, and gold blanketing trails that crisscross bucolic landscapes. Dotted with quaint villages, numerous cosy puts and plenty of friendly fellow-hikers; England has a reputation for being home to some of the best walks and hikes and its no surprise why.

Croatia is weathering a tourist storm, conjured by the arrival of massive cruise ships and an ongoing Game of Thrones film site frenzy. To experience places like Split and Dubrovnik in all their otherworldly glory, trade the tour bus for a pair of walking shoes and visit after the summer travel crush. You’ll be more likely to discover hidden spaces worthy of a secret rendezvous with Cersei or Lord Varys.

Autumn in Tuscany means harvest seasons for olives, apples, chestnuts—and most importantly grapes! From September to November, the area’s famed vineyards are buzzing with activity, and harvest festivals are held in charming medieval towns throughout the region. During this peak culinary season, crostini Toscani and fine Chiantis are best enjoyed after long hikes amid the countryside’s picturesque vines and cypress trees.

Spain’s celebrated Camino de Santiago is prone to tourist jams during the peak pilgrimage months of July and August. Come late September, hikers will find less traffic on the trail—and perhaps more of the spiritual ambience pilgrims have historically sought along the route. Enjoy relative silence in cathedrals and monasteries from San Millán de la Cogolla to Santiago de Compostela, and soak in the serenity of sleepy mountain villages.

If you’d like to see the northern lights, but want to avoid the biting chill of winter in the far north, a fall trip to Iceland could be your best bet. By early September, summer’s midnight sun has retreated, leaving dark nights that reveal the planet’s aurora activity. Try not to tire yourself out during daytime hiking excursions; the sun doesn’t set until around 8:30 at this time of year, so spotting the iconic neon requires a commitment.

If you’re looking for a physical challenge, the jagged peaks of Italy’s Dolomites might be your answer—and tackling strenuous trekking routes is more achievable when temperatures are on the cooler side. Need a couple more reasons to hike this rocky range in the fall. Crisp air means clearer mountain views, and some of the area’s highest summits might already be sporting an atmospheric dusting of snow.

If we were to pick a “best all-around” winner for this fall hiking roundup, the prize would go to Slovenia. Challenging mountain trails? Check. A rainbow of foliage? Check. Hearty, stick-to-your-ribs cuisine? Check. Grape harvest? Check. This Central European stunner has it all when it comes to active—and edible—autumnal travel. Bonus: coastal travel in Slovenia is still pleasant during the early part of the season, so it’s easy to combine your mountain adventures with some seaside relaxation.

Discover all of our Active Expeditions today. 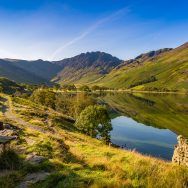 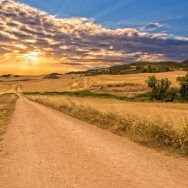 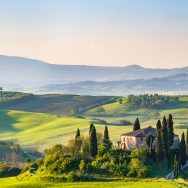 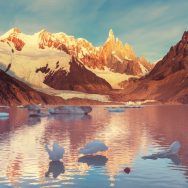