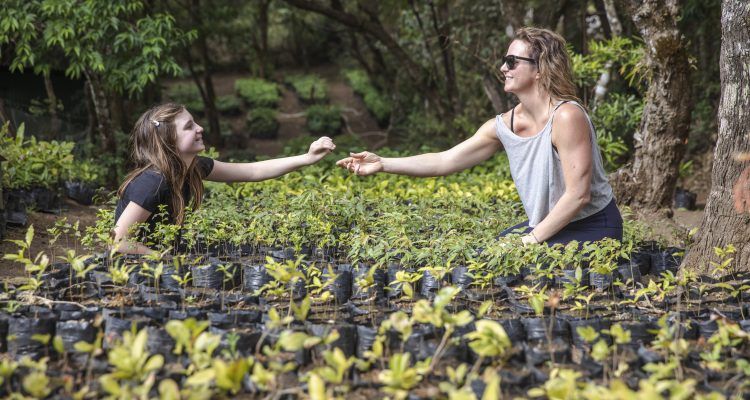 In Costa Rica, Nat Geo Travellers Give Back

Since 2016, travellers on National Geographic Journeys—offered in partnership with G Adventures—have helped plant more than 6,000 native trees in the cloud forests of Costa Rica.

Since 2016, travellers on National Geographic Journeys—offered in partnership with G Adventures—have helped plant more than 6,000 native trees in the cloud forests of Costa Rica.

When it comes to conservation and sustainable practices, Costa Rica’s reputation precedes itself. The small Central American nation produces almost 100% of its electrical energy from renewable sources and harbours more than 30 national parks and protected areas. Costa Rica also boasts one of the most successful reforestation programs in the world, spurred in the 1990s to reclaim lands lost to agriculture and commercial logging in the previous decades.

The Monteverde Institute (MVI), a Costa Rican non-profit organisation dedicated to education, conservation, and ecotourism, emerged at the forefront of the country’s reforestation initiative in 1998. Located at the edge of the famed Monteverde Cloud Forest Reserve, the MVI has served as a base for numerous National Geographic-funded researchers and explorers coming to study the forest’s prolific canopy. The MVI has also planted and distributed more than 250,000 native trees with the support of surrounding communities—and National Geographic travellers.

Guests on National Geographic Journeys to Costa Rica attend a talk at the institute’s headquarters, learning about the background and impact of the reforestation project, and then roll up their sleeves and head to the nurseries.

“It was fun and simple,” says Oregonian Tom Spies, who travelled on a journey to Costa Rica earlier this year. “We filled small planting pots by packing them with soil so they could later be planted with seeds of native tree species.”

Travellers fill an average of 10 bags each, for which they receive a Carbon Offset Certificate from the Monteverde Institute. The institute then plants 10 trees on behalf of each participant.

Robert Lubran, a National Geographic Journeys traveller from Maryland, describes it as a “feel-good experience.” “The aim of the project is that, when the planted trees mature, they’ll attract the birds whose habitats have been destroyed. The trees will also help reduce carbon dioxide in the atmosphere.”

To date, National Geographic travellers have assisted in the planting of more than 6,000 trees in Costa Rica.

“It feels good to be connected to the land and people, rather than just passing through as a tourist,” comments Tom. “Tourism undeniably has some negative impacts on the local environment, and it’s important for travellers to do their bit to give back.”

The Monteverde Institute plans to continue the project until 85% of Costa Rica is covered by forests again and the region’s wild inhabitants—from glass frogs and bellbirds to Baird’s tapirs and the resplendent quetzal—are seen thriving in their misty wooded habitats once more. 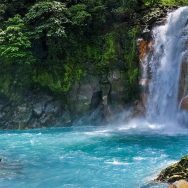 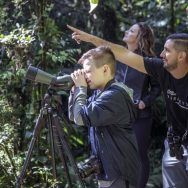