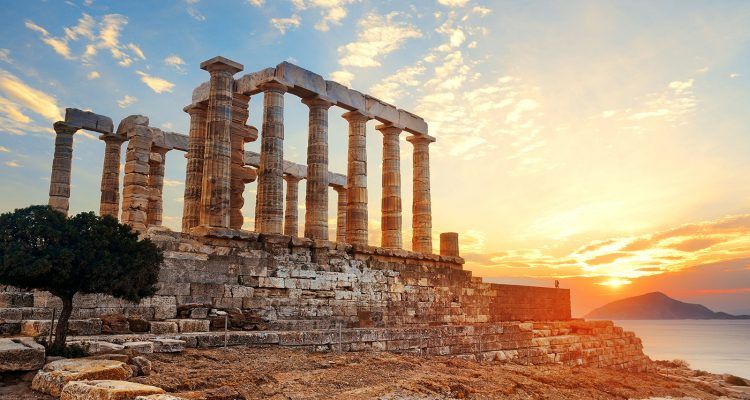 The author of National Geographic’s reference book The Greeks: An Illustrated History, Diane Harris Cline fell in love with Greece as a teenager. She has since travelled extensively in the regions surrounding the Mediterranean, Aegean, and Black Seas, studying the culture and mythology of this ancient civilisation. We caught up with Diane on the ground in Greece, where she recounted her first foray into the realm of the ancients and revealed some recent research findings in the classics field.

How did you get into classics? Did you have an “ah-ha!” moment?

When I was in high school, my dad took me to Greece. I swore then and there that I would devote my life to understanding the country’s ancient civilization. When we came home, I got a tutor from the university to start teaching me the ancient Greek language. Once you become familiar with the alphabet, the magic begins. Every Greek word is so rich and complex that it needs two or more English words to translate it. I went on to major in classics, and then earned my PhD in classical archaeology. I got to live in Greece for three years and have visited at least a dozen times since. During the school year, I teach courses on the history and culture of ancient Greece, as well as a seminar on Alexander the Great. It’s been such a fulfilling and exciting career.

The National Geographic Museum had planned a magnificent exhibit called “The Greeks: From Agamemnon to Alexander the Great” that brought together hundreds of objects from 22 different museums in Greece. Such an exhibition deserved a three-part TV series—and they wanted a book to accompany it. Someone recommended me to the National Geographic books division, and it just clicked. Scholars have very little opportunity to publish such an all-encompassing book, so I loved the chance to share my knowledge on a subject that has fascinated me for decades. The book emphasizes the cultural heritage of the ancient Greeks and reconstructs their lives from their writings and what they left behind. The video series, on the other hand, includes a lot of material about modern Greece as well. I think they made the connection between ancient and modern Greek culture in a really beautiful way.

What are you currently working on?

I’ve been wondering about what made the ancient Greeks so innovative and creative compared to many other civilisations. Their geography and natural resources were similar to other cultures in the eastern Mediterranean, but somehow, they’re the ones who invented democracy, political science, theatre, athletic track and field, historical writing, philosophy, lyric poetry, and so much more. What was their secret? I believe the answer lies in their tight-knit social networks, and I am using software to conduct social network analysis on the relationships we know from history. When we graph these relationships, we can literally see how rapidly new ideas would pass through society.

What are the most recent discoveries in the field of classics?

One amazing find from the Bronze Age comes to mind: the spectacular “tomb of the Griffin” near Pylos on the Peloponnese peninsula. An unlooted tomb dating to around 1,500 BCE, it was discovered by a team of archaeologists from the University of Cincinnati in May 2015. Many objects in the tomb came from neighbouring civilizations, like Egypt—there were even amber beads all the way from Afghanistan!

Another surprising discovery is a giant tumulus near the town of Amphipolis in northern Greece. It was the final resting place of a Macedonian prince or queen who was related to Alexander the Great. In 2014, Greek archaeologists entered the enormous chamber and found three rooms with mosaic floors and sculptural decorations.

What is the most impressive fact you have learned about the ancient Greek civilization?

The thing that impresses me most about the ancient Greeks is their education system. Greek education involved three equal parts: literature and philosophy for the mind, athletics and competition for the body, and music for the soul. So when we talk about education cuts today in K-12, it pains me to think we can eliminate physical education and arts programs without a thought to how it will affect our children’s development. The ancient Greeks remind me how important creativity is for problem-solving and for the progress of humanity.

If there is one thing you want visitors to Greece to learn about the ancients, what would it be?

The more we learn about the ancient Greeks, the more incredible we realize they were. They figured out how to fill their daily lives with beauty: marble columns, bronze statues, the tragedies of Sophocles, the music of the lyre. An environment rich in the arts promotes creativity and innovation, and that is something we can definitely learn from and incorporate into our own lives. 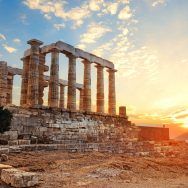 Greece: Wonders of an Ancient Empire 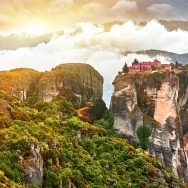 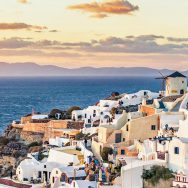