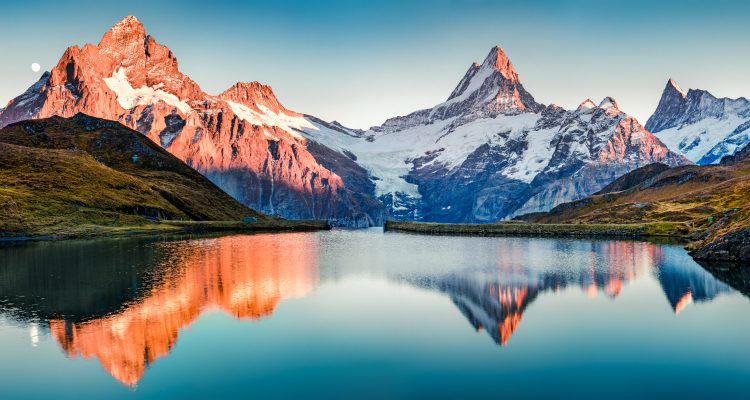 Fun Facts About the Swiss and Italian Alps

Discover fun facts and the enriched history of the enchanting Swiss and Italian Alps on an expedition with National Geographic.

Formed some 44 million years ago, the Alps make up the youngest, most densely populated mountain range in Europe.

People have lived amid the Alp’s soaring peaks since prehistoric times, and the range is also home to some 13,000 types of plants, myriad minerals and crystals, and about 30,000 wildlife species that range from marmots to brown bears to snow fleas. National Geographic’s Swiss Trains and the Italian Lake District rail and land expedition celebrates this legendary landscape: travellers will find fascinating facts and history around every twist in the track.

By the numbers: Constructed in 1910, the Bernina Railroad encompasses 38 miles, 13 tunnels, and 52 viaducts. It travels at a seven per cent incline in parts—without rack and pinion—making it one of the naturally steepest tracks in the world.

Of might and men: Between 1898 and 1903, a total of 1,316 men built the 3.6-mile-long Albula Tunnel, mostly by hand. The project claimed 16 lives. Part of the Rhaetian Railway—a UNESCO World Heritage site—the Swiss tunnel is the highest underground mainline railway passage in the Alps.Video provided by Switzerland Tourism.

Snowed in: In 1864, a St. Moritz hotelier took a gamble on winter tourism. As the summer season wound down, he invited a few British guests to return for the holidays, promising to pay their travel costs if they didn’t enjoy their experience. They ended up staying from Christmas until Easter, in the process becoming the first-ever Alpine winter tourists. In the more than 150 years, since sunny St. Moritz became a winter playground for celebrities and the well-heeled, and twice hosted the Winter Olympics (in 1928 and 1948). Each January, the prestigious Polo World Cup on Snow takes place on frozen Lake St. Moritz. St. Moritz became the first geographical location to register as a trademark in 1986.

Etch a sketch: The village of Pontresina, in Switzerland’s Engadine Valley, is known for an unusual ornamentation on its buildings called sgraffito. This local technique of “scratch art” involves etching into the plaster walls to create designs or geometric patterns, especially around windows and doorways.

Lake effect: Formed in the shape of a “Y” during the Ice Age, Italy’s Lake Como is one of the deepest lakes in Europe. Its depth of history is superlative, too: villas encircling the lake date back to Roman times and the Celts lived here in the fifth century B.C. Over the ages, its scenic beauty has enchanted everyone from composer Giuseppe Verdi to filmmaker Alfred Hitchcock.

Celebrity hot spot: The only island in Lake Como harbours an ancient curse said to condemn all who visit. The only business here, the famous restaurant Locanda dell’Isola Comacina, wards off danger with a fire ceremony at the end of each meal. Since opening in 1948, the restaurant has served the same six-course menu to all its guests—including the likes of Brad Pitt, George Clooney, and Elton John.

Natural compass: Each face of the pyramid-shaped Matterhorn aligns with a different cardinal direction—north and east toward Switzerland, south and west toward Italy.

Miracle in ice: At the base of the Matterhorn, Zermatt is home to an igloo village where guests can spend the night. In 2016, the resort unveiled a three-story igloo made up of some 1,400 snow bricks—the world’s largest ice dome, with the Guinness World Record to prove it.

On the right track: With stunning views of the Alps, Switzerland’s Gornergrat made history when it opened in 1898 as the world’s first electrified cog railway. Today the railway makes headway with an energy-saving braking system that generates electricity on the descent. 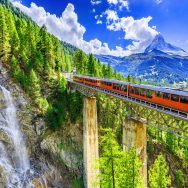 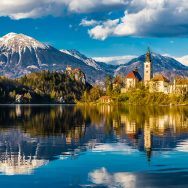 Hiking the Alpe-Adria Trail through Austria, Slovenia, and Italy 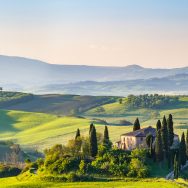 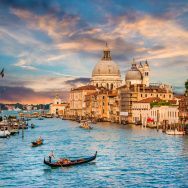