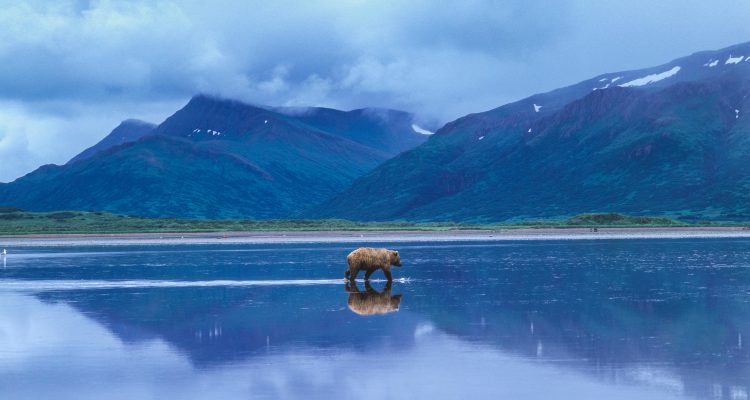 Hidden Alaska: 10 Surprises for Travellers on the Final Frontier

Look beyond Alaska’s conspicuous attractions to find a host of gems hidden among the grandeur.

Any way you look at it, Alaska is a place more wild than tame. Grizzlies roam in great numbers, glaciers fill soaring fjords, and mountains scrape the skies from seacoast to hinterland. But travellers willing to pry their eyes from Alaska’s icons will find an array of unassuming treasures. From the songs of the wilderness to the volcanic remnants of ancient eruptions, Alaska has many surprising stories to tell.

At any given moment in Alaska, a skyward gaze could yield a delightful surprise. Whether it’s a bright red bush plane droning high above the head, or arctic terns flashing their white wings beneath moody clouds, the Alaskan sky is a landscape in itself. In the summer months, sunlight keeps the horizon aglow around the clock; witness this “midnight sun,” or come between September and March for a chance of spotting the northern lights.

From the summer to the winter, Alaska’s temperatures have a range of roughly 90°F. This, as well as the extreme daylight patterns and varying precipitation trends across the state, make for an entirely unique climate. The city of Ketchikan_ _gets an average of 150 inches of rainfall a year, and Tongass National Forest—a reserve that covers nearly 17 million acres of land—is home to the largest temperate rainforest on Earth. Despite these wet pockets, Alaska as a whole has a rather dry climate. The city of Utqiagvik (formerly known as Barrow) in the far north, for example, gets a mere four and a half inches of rain a year.

Along Alaska’s southern coast, western red cedar trees and Sitka spruce sprout up and shed their evergreen needles on the dense earth they thrive on. In the shadows of these giants, extraordinary mushrooms and mosses muscle their way through the pine-needle beds. Of the estimated 70,000 species of fungi throughout the world, several thousand exist in the forests of Alaska, where a plethora of weird shapes and vibrant colours punctuate the forest floors, from pearly-white angel wings to fairy bonnet mushrooms in every shade of the sunset.

This is Alaska, a state of coastal cities and islands—and yes, the seafood here is always fresh. Fishermen cruise in and out of the famed fishing port of Dutch Harbor on Unalaska year-round, feeding the local populations—and the entire nation—with their salmon and crab catches. Aside from the seafood, impressively sized produce often accompanies the catch of the day. With upwards of 20 hours of sunlight in the summer, crops—including broccoli, cabbage, pumpkin, and cantaloupe—grow to record sizes. For those dispassionate about veggie dishes, don’t despair: the extra sunlight is also known to make some vegetables extra sweet.

Alaska is old country. Some 20,000 or so years ago, Beringia—more commonly called the Bering land bridge—invited Alaska’s ancient ancestors onto what we now call North America. Distinct ethnic groups live on today, sharing with visitors the pieces of their culture that have survived time. Remnants of these old ways of life exist all over the state in big and small ways—from the iconic Haida and Tsimshian totem poles that line the coast, to the songs and dances passed on from generation to generation.

Among the many miracles of the Alaskan landscape are the Aleutian Islands, a 1,100-mile super-chain of volcanoes that form the Pacific Ring of Fire’s northern rim. Millions of years ago, a sequoia forest on the shores of Unga Island was buried and petrified from the volcanic activity of a nearby eruption. Today, the white stumps remain on the beaches, visible in low tide and revealing to visitors the power of nature in this corner of the world.

Many people associate Alaska with the famed bald eagle, as Alaska is home to the largest concentration in any of the 50 states; but Alaska boasts many other incredible birds, like Steller’s sea eagles, snowy owls, and peregrine falcons. The Alaska Raptor Center in Sitka is an important stop for any bird lover, as you’ll learn about the majestic predators of the sky, and witness the healing and rehabilitation of native Alaskan raptors that have been injured in the wild. As you make your way around the state, keep your eyes peeled for birds in the wild, like an osprey diving below the waves for a bite, or maybe even a gyrfalcon feeding on a young arctic fox.

If you’ve never heard the crash of ice calving into near-frozen seawater, the sound of a whale’s song under the waves, or the silence of a temperate rainforest save the thrum of steady raindrops on your waterproof jacket, Alaska’s symphony will amaze you. Seabirds calling, rustling pines; little has changed here in the last thousand years, and as you listen to these undisturbed sounds, you may begin to understand some of the mysterious ways in which nature works in this corner of the world.

The iconic cliffs along Alaska’s southwestern coast rival the beauty of the Cliffs of Moher, and in the golden hour of sunset, the emerald hills alight, unwavering in contrast to the sea that pitches far below. High in these cliffs, on tiny terraces and in shallow caves, mountain goats and black and brown bears teeter along, searching for sustenance in the form of high elevation grasses and lichens. The hardy animals that choose to shelter on these dangerous vertical faces can be hard to spot, but fascinating to watch once found.

Alaska covers nearly 34,000 miles of shoreline, a geographical feature that makes for countless tide pools hosting tiny ecosystems. Shelled snails and hermit crabs make their homes in these natural basins, feeding on microscopic organisms that exist in the thousands. Along with smaller species of anemones and sea stars, there are clams and sea urchins and shrimp—biodiversity that exhibits the complexities of a habitat on an examinable scale.

Discover Alaska for yourself during an unforgettable expedition with National Geographic. Family Tours with an Expert Tours for Families 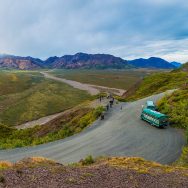 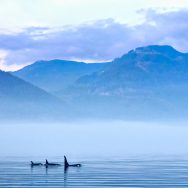 Alaska and its Fur Traders