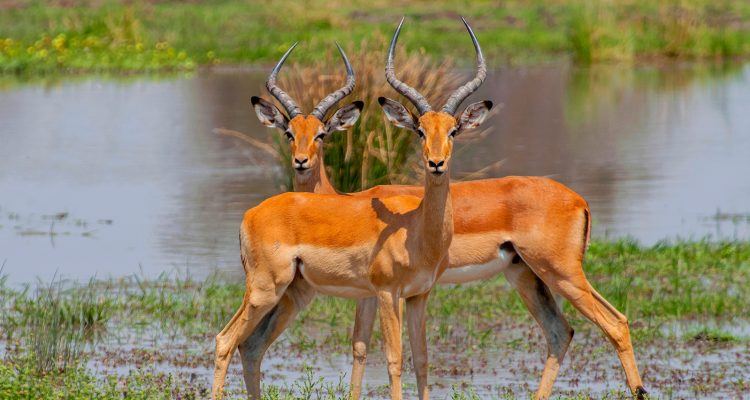 Jewel in the Desert: Saving the Okavango Delta

"A river rises in mountains and dies in sand and in its dying gives birth to a jewel at the edge of the Kalahari: the Okavango Delta." So described this African landscape by famed nature photographer Frans Lanting in a 1990 photographic essay for National Geographic magazine.

In 2014, Botswana’s Okavango Delta became the 1,000th site inscribed on UNESCO’s esteemed world heritage list. a milestone for both UNESCO and the Okavango, the honour came at the hands of conservationists such as National Geographic fellow Steve Boyes, who calls the delta his “spiritual home.”

Along with an interdisciplinary team of scientists, the South African native leads harrowing research expeditions across the vast wetland wilderness as part of the National Geographic–funded Okavango Wilderness Project. The team’s first expedition in 2015 journeyed 1,500 miles down the length of the Okavango River from “source to sand;” and seven subsequent expeditions have since been conducted throughout the ecosystem. As the team surveys the sources of the river and collects data by canoe and off-road bike, there is no shortage of surprise wildlife encounters. Hippos flip their canoes and bees swarm their research sites—all the while, data gets broadcast in real-time. Though the methods may be complex, the goal is simple: to preserve and sustain this life-giving ecosystem. Here are 10 reasons to care about protecting the Okavango Delta.

Don’t muddy these waters: As the largest freshwater wetland in southern Africa, the greater Okavango River Basin serves as the main water source for a million people.

The lifeblood of Africa: The lush landscape also provides a home for some of Africa’s most endangered and vulnerable mammals, with significant populations of cheetahs, white rhinoceros, black rhinoceros, African wild dogs, and lions.

Still standing: Though previously presumed to have gone locally extinct, African wild dogs have been observed by expedition researchers at the source lakes of Okavango’s Angolan highlands.

Landlocked: Okavango holds the distinction of being a rare interior delta system that does not flow into a sea or ocean, with a nearly intact wetland system.

Nature finds a way: The delta defies convention by flooding annually during the dry season, and native plants and animals synchronize their biological cycles with the seasonal floods

A land that time forgot: In the midst of the parched Kalahari sand basin, this oasis remains pristine—and stuck in time—due largely to previous decades of civil unrest and border wars in the Angolan catchment, cordoned off by land mines and free from commercial development. As a result, many people live along the Okavango River in the traditional ways that communities did centuries ago.

Where the wild things are: This biodiversity hotspot teems with thousands of plant species; hundreds of bird, mammal, reptile, and fish species; and countless invertebrates, including more than 90 species of praying mantises.

Pull up your iNaturalist app: To date, the Okavango Wilderness Project has discovered at least 24 species potentially new to science, as well as 38 species previously unknown in Angola.

On select Botswana safaris with National Geographic, you can hear about preservation efforts first-hand from a researcher with the Okavango Wilderness Project. Proceeds from your expedition support the work of these conservationists and others like them across the globe. 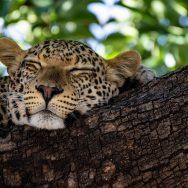 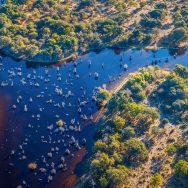