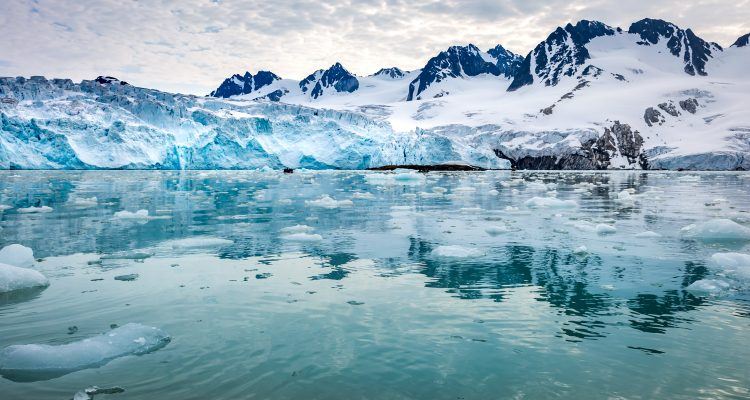 Experience these magnificent natural sites in all their glory

The Norwegian fjords in the Svalbard archipelago – and particularly Spitsbergen – are known for their extraordinary beauty. In this article, we highlight some of our favourites.

1. Magdalenefjord, an unmissable sight
Entering Madeleine Bay is like entering a mirror-covered corridor in which the surrounding rugged mountains are reflected. These snowy, chiselled mountains would have inspired the explorer Williem Barentsz to name the “pointed mountain” Spitzberg in 1596. Punctuated with stunning beaches, imposing glaciers and remains of former whale hunting times, Magdalenefjord offers a breath-taking setting, which is home to whales, walruses, seals, Common Eiders, terns, polar bears and arctic foxes.

2. Liefdefjord, the most romantic
Of all the Spitzberg fjords, Liefdefjord is not the most famous by any means. But with its name signifying ‘fjord of love’, this fjord has one of the best-known and most exceptional glaciers of the island: Monaco Glacier. Named in honour of prince and explorer Albert 1st of Monaco, it rises with its spectacular jagged relief. The sound of the ice regularly breaks the silence to plunge the traveller into a unique atmosphere. A way to immerse yourself a little more into the legendary Arctic, close to the 80th parallel north.

3. Hornsund Fjord, the most unusual
Considered to be the southernmost fjord in the Svalbard archipelago, Hornsund is also one of the most charming. Once you have crossed its 28km, you will come face to face with a 25km ice formation: no less than 8 glaciers slowly end in these waters where numerous icebergs stand. Overlooking this immaculate landscape stands Hornsundting, whose summit culminates at 1,431 m, the third highest peak in Svalbard. It is this mountain that can be seen from the sea and which marks the approach to the Spitzberg shoreline like a lighthouse in the middle of the icy vastness. A stunning vision.

4. The Cross Bay, the densest
No less than 14 alpine glaciers plunge into Cross Bay, giving it a particular attraction, with many hues of blue, white and the coloured tones of the tundra. The Lilliehöök glacier is one of the most iconic. At 7km wide, it produces a large quantity of icebergs. At the entrance of Cross Bay, the 14th July glacier is also wondrous, with its high wall of ice. And in this magical environment, it is not uncommon to come across walruses sprawling on icebergs, arctic foxes or Svalbard reindeer in the middle of low plains, as well as various birds.

5. Isfjorden, the vastest
Isfjorden in Spitzberg is an exception. The Greenland Sea ends with the vastest fjord in the region, divided into nine bays and eight offshoots, including Billefjorden. This is where the Nordenskiöld glacier can be found, an impressive wall of ice with blueish reflections, which is 25km long and 11km wide. All around, the ice floe is a playground for polar bears. Diversity at Isfjorden is also shown on Alkhornet where there are nests of many birds, such as different gulls, guillemots, pink-footed geese, terns and puffins. At the foot of this mountain, in the shape of a horn, the tundra attracts reindeer and arctic foxes in a wild landscape where the snow mixes with the green of the plain.

6. Kongsfjorden, the most impressive
Stretching over 26km, Kongsfjorden or fjord of the king, is another of these landscapes that will leave you astonished. Here, everything is on a large scale, such as snowy mountains that stand all around the waterway. But, above all, the fjord is known for two nearby glaciers: Kongsvegen and Kronebreen. They are among the most active in the region, carving out a great quantity of gigantic icebergs.

On the southern bank of the fjord, the town of Ny-Ålesund can be found. This former mining town was also the departure point of various polar explorations, including Roald Amundsen’s in the early 20th century.

If this blog post has inspired you to explore this area of exceptional beauty, you can find our expedition cruises to the region here.

Please note that the exact itinerary of your cruise and the places you visit vary from day to day as we are at the mercy of weather and ice conditions. Therefore, landings on certain sites and the observation of wildlife cannot be guaranteed. The Captain and the Expedition Leader will make every effort to ensure that your travel experience is as rich and unique as possible, whilst complying with safety rules and instructions imposed by local authorities. All images in this blog post are used for illustration purposes only and may not reflect actual sights.