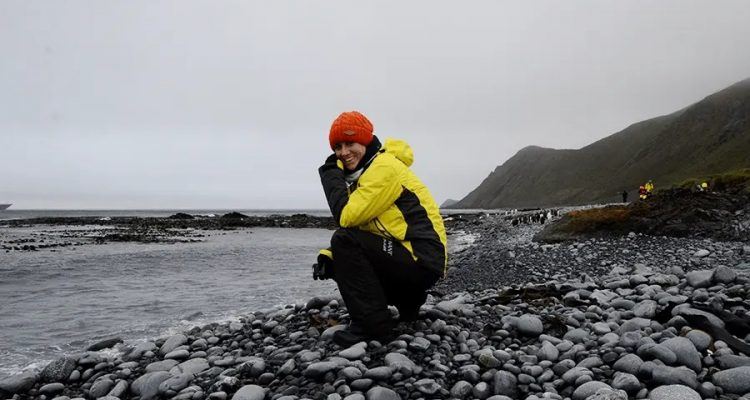 The Subantarctic Islands of Australia and New Zealand, located in the Southern Ocean are remote, rugged, wild and beautiful places, and are home to some of the most unique flora and fauna found on earth. Sandrine Erwin-Rose – Expedition Operations Manager for our cruise partner PONANT – gives us an overview of the islands, what makes them so special and discusses some of the endemic species that can be found on them.

What makes the Subantarctic Islands of Australia and New Zealand so unique?

The Subantarctic Islands consist of five island groups (the Snares, Bounty, Antipodes, Auckland and Campbell Islands) belonging to New Zealand plus Australia’s Macquarie Island. I refer to them as ‘tiny specks of land in the ocean between New Zealand and Antarctica’! They are a refuge for numerous species of flora and fauna, with many found nowhere else. Several small islands in the Snares and Auckland groups have essentially had no human interference at all and are in pristine condition, some of the few places on earth which are untouched by humans. Their isolation has resulted in several species evolving independently, making them a fascinating study of island biogeography for scientists, similar to the Galapagos Islands. Macquarie Island also has the unique geological feature of being the only place in the world where rocks from the earth’s mantle (the molten rock 6 km below the ocean floor) are exposed above sea level.

What endemic wildlife can be found in the Subantarctics?

These islands are of particular interest to biologists and wildlife enthusiasts alike due to the large number of endemic species found there. When visiting these islands, it is exciting and humbling, to know that many of the plants and animals you see are found nowhere else on earth.

Birds such as cormorants (shags) and teals (a subgroup of small ducks), due to their limited or non-existent flying ability, have evolved independently. The Bounty Island Shag, for example, is only found on the small, exposed rocky islands which make up the Bounty Islands and with only 500-600 individuals, it is the world’s rarest cormorant.

The Auckland Islands are also the primary breeding location for the New Zealand Sea Lion (Rapoka/Whakahao), one of the rarest sea lion species in the world. Although the sea lions will haul-out on beaches from Macquarie Island to New Zealand’s South Island, breeding is predominantly restricted to the Subantarctic Islands. The current population is estimated at approximately 12,000 with the Auckland Islands’ breeding grounds making up around 68% of the entire population. Two other breeding colonies representing around 30% of the population can also be found on the ‘relatively’ nearby Campbell Island.

Campbell Island is the southern-most of the New Zealand Subantarctic Islands, lying 700 km south of New Zealand’s South Island, it is considered a major world centre of albatross diversity being home to six species of albatross. These include the Black-browed Albatross, Grey-headed Albatross, Light-mantled Sooty, Gibson’s Wandering Albatross and the Campbell Mollymawk, which breeds nowhere else. One of the great albatross species, the Southern Royal Albatross also breeds on Campbell Island, with 99% of the 8,500 pairs that makes up the world population, found here.

The thrill of seeing animals like those mentioned above, which are endemic to a particular area, is somewhat tempered with the realisation of the fragility of these animals. Natural and man-made threats can potentially tip these already vulnerable species to the brink of extinction. Their protection and ongoing security need to be a priority, because losing these species just does not bear to think about. This makes unique places like the Subantarctic islands so very important to preserve.

We assume with the harsh environment of the Southern Ocean, there would be little plant life on the Subantarctic Islands, so what sort of plants do survive in such a challenging climate and how have they adapted to the harsh conditions?

Plants are amazing with adaptations to not only cope but thrive in the challenging conditions on the Subantarctic Islands. The islands are all windy, cold, damp and receive limited sunshine compared to their more northern counterparts, yet their plant diversity is spectacular ranging from coastal forest to alpine shrublands and grasslands. The islands are home to over 250 vascular plants, 35 of these endemic and several restricted to only a single island. The most visually spectacular and well-known plants are the Megaherbs. These plants reach very large sizes and their summer flowers, in all their colourful glory, are simply breath-taking. With names such as Campbell Island Carrot (Anistome latifolia), Ross Lily (Bulbinella rossii), Giant Emperor Daisy (Pleurophyllum speciosum) and Macquarie Island Cabbage (Stilbocarpa polaris) conjures up images we associate with more familiar plants, however the names are where the similarities end. These spectacular plants with large leaves and many with huge, showy flowers can leave you feeling like you have shrunk down to the size of a penguin yourself.

When visiting the Subantarctic Islands, it is impossible to not fall in love with the charismatic wildlife and the spectacular scenery. Whether it be the smallest, fragile gentian flower growing on the side of the path, the comical antics of the Royal penguins, the mesmerising mating dance of a pair of Southern Royal Albatross or the tapestry of plants sculpted by the unrelenting winds of the Southern Ocean, every moment will be a precious memory – until you return again, for one visit is never enough!

If this blog post has inspired you to explore this area of exceptional beauty, you can find our expedition cruises to the region here.

Please note that the exact itinerary of your cruise and the places you visit vary from day to day as we are at the mercy of weather and ice conditions. Therefore, landings on certain sites and the observation of wildlife cannot be guaranteed. The Captain and the Expedition Leader will make every effort to ensure that your travel experience is as rich and unique as possible, whilst complying with safety rules and instructions imposed by local authorities. All images in this blog post are used for illustration purposes only and may not reflect actual sights.